During times of catastrophic humanitarian crises, and in the direst states of poverty, the human heart and the human body combine to long for just two things: food and love. Forget everything else: food and love mean life instead of death, consolation not despair. They are the foundational requirements for humanity to be and develop.

When Jesus began His earthly ministry, He had no care for the fine detail and verbosity of a pharisaical religion. He cut through religious convention to challenge ordinary people and religious leaders alike with the glaring simplicity of truth. He chose to begin this ministry, not in the big cities, but in simple, impoverished villages and towns. In these places, times were hard and people suffered much. His first encounters were with those who, in the eyes of civilization, were poor, sinners, outcasts, rejected and unhealthy.

His message was clear. Jesus came to tell us about an ‘event’ in which we are active participants. This event – unlike in our 21st century world – was fresh in the minds of the body of civilization, and it was anticipated in a way that we, nowadays, might use as inspiration. Christ came to tell us of the coming of the kingdom of God. He even told His disciples to pray by saying: “Thy Kingdom come, thy will be done on earth as it is in heaven.”

Christ’s coming into the world was for this purpose: to make us children of God. His motive is love, for God is Love. Jesus is the gateway to the Father, and He asks only that we believe, as today’s Gospel Acclamation says: ‘The Word was made flesh and lived among us; to all who did accept Him he gave power to become children of God.’

In the midst of our poverty, our human fragility and our concerns, He is giving us two things: food and love. He does so in the Eucharist, that Sacrament in which Jesus comes to us in body, and we receive Him as food. It is a physical, intimate, deeply personal thing, an encounter that should be the summit of our week of journeying.

In Our Gospel today, Jesus says: “He who eats my flesh and drinks my blood lives in me and I live with Him. As I, who am sent by the living Father, myself draw life from the Father, so whoever eats me will draw life from me.” Shortly after today’s Gospel passage, we see that many of Jesus’ followers couldn’t accept this difficult teaching, and they turned their backs on Him. Did Jesus try and explain further, running after them and saying He was only speaking figuratively? No, He did not. He turned to His disciples, asking if they too will leave Him. Of course, they did not; and we might see ourselves as the spiritual ancestors of these first believers.

What Jesus asks is that we have faith in Him. He never said it would be easy; in fact, as Christians we are called to swim against the tide of the world – as it is – taking the narrow road. This can be extremely challenging. But the action of grace never ceases in the heart of man, and Jesus is still inviting us to believe in Him, so that we might become children of God.

At Benediction we sing the following hymn:

‘Stay with us, Lord

For evening is approaching

And the day is almost over.

But with You as our food for the journey

We will be led to the day of eternal light.’

We sing this hymn just at the moment evening approaches. But the words also hint at the second coming, and to our journey’s end. That blessed moment, in which we come face to face with God the Father, and we become His children, is the very moment of moments. We should never forget that Jesus comes to us in bodily form in the Blessed Sacrament; He waits for our presence, He anticipates it, because He longs for us to become the children of God.

The kingdom of God is strong wherever there is goodness over oppression, the spirit of joy, the works of peace. Just as Christ chose a place and a people of poverty and sickness to begin His earthly message of salvation, so might we pick up the Word of God and nurture the coming of the Kingdom in our hearts of poverty and sickness, by the nature of what we decide to do, and be, and long for, and live for. This is what St Paul refers to in today’s second reading at Mass, and his words are as apt for 2018 as they were for his own day: ‘Be very careful about the sort of lives you lead, like intelligent and not like senseless people. This may be a wicked age, but your lives should redeem it. And do not be thoughtless, but recognize what is the will of the Lord.’

We read in those chapters a message which is personally addressed to us. And He is saying: “…anyone who eats this bread will live for ever.’ 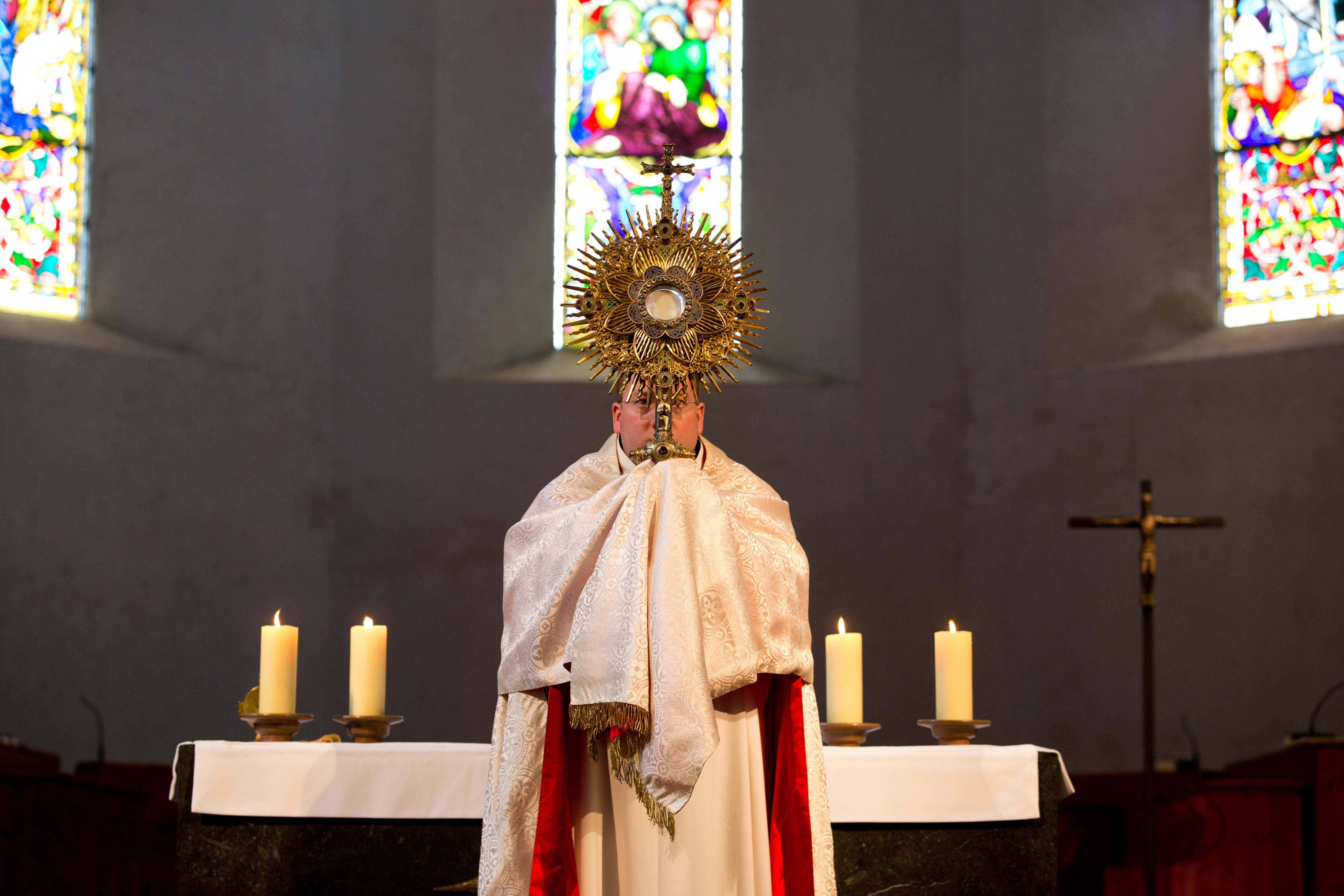