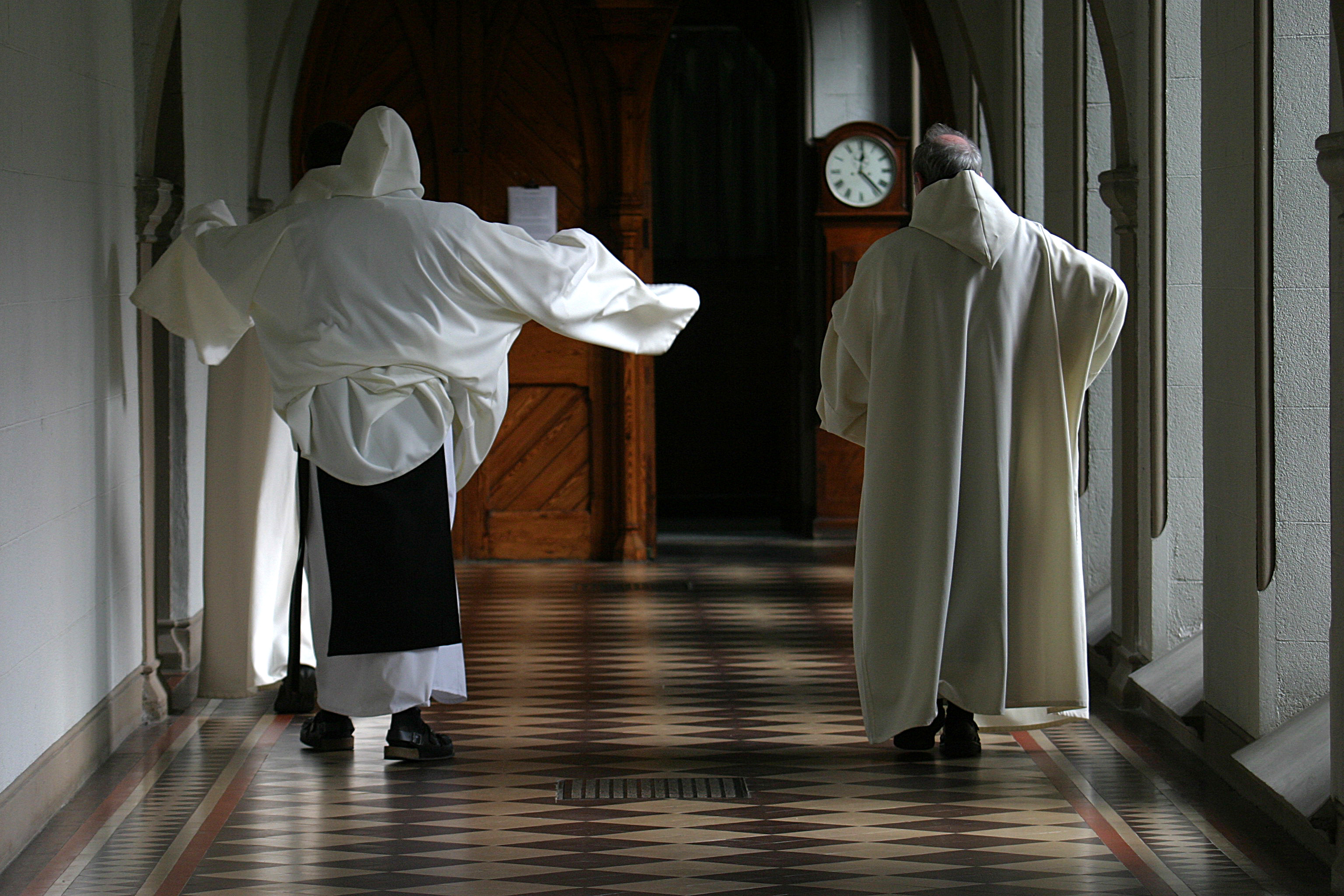 When Jesus felt the power go out of Him as the woman with the haemorrhage touched the rim of His garment, a beautiful thing happened. Yes, of course, the miracle; we know that happened. But we can sometimes overlook the conditions and surroundings of the miracle. Let’s pause to think about this for a moment.

Jesus stopped what He was doing, sensing that close by there was someone with great faith. He wanted to speak with her. This is the beautiful thing. We can imagine the frenetic, bustling, jostling activity around Christ. Yet in all this, He noticed the faith of a single person and stopped, asking: “Who touched my clothes?” He wanted to identify this person and speak with her personally.

Why is this a beautiful thing? Because it involves us, as people of faith.

First of all, it is amazing to us that Jesus sensed this quiet act of faith by the humblest touch within a busy crowd. This is the effect we have on Christ! Yes, in our own lives when we offer something to Him, when we come to Him in faith, He stops and notices us. He is pleased that we have come into His presence. It is true, we may not be in a crowd of people surrounding the physical Jesus, and our experience of Him may seem diminished for that, but we mustn’t forget that Christ was resurrected and ascended to heaven in bodily form, and exists now as such, in the same body that was pressed against by all those people in today’s Gospel. What a thought …and it is what we believe as Christians. So, we still present ourselves to Him, just as we are, and make those little acts of faith like the woman with the haemorrhage, to the physical Jesus.

It is in the Eucharist that we have such close access to the Body of Christ. When we present ourselves before Christ in the Blessed Sacrament, we are touching the hem of His garment, receiving His healing just as the sick woman did, and His words to us are the same: “Your faith has restored you to health; go in peace and be free (from your complaint).”

Secondly (or rather as a follow-on from before), the Gospel reminds us of Jesus’ intrinsic personal care for us, His interest in us as people of faith. It was not enough for Christ to know that faith had healed that woman; instead, He sought her out and asked His disciples who it was. Following the healing, her first reaction was fear at having been ‘caught out’, ‘named’ as the unworthy one, as though she were receiving health by the back door. She naturally perceived her illness within the perception of the day, that is, as a manifestation of her sinfulness within society. She was not worthy, and she knew it. This was the healing equivalent of feeding from the scraps that fell from the master’s table. Yet, despite all these social conventions, she made the action she did because she had faith: she knew it would work. This reminds us of the words we say at Mass before receiving Him in Sacramental form: “Lord, I am not worthy that You should come under my roof, but only say the word, and my soul shall be healed.” We can imagine her fear, though, as Jesus called her and she fell before His feet, trembling. But what Jesus says has more than the effect of physical health; it restores the woman to spiritual health, a wiping of her sins, a restoration to health within a society that formerly spurned her because of illness. Her fear became joy. It is wonderful to ponder on how this new-found health spread through her whole life, in the hours, days, weeks and years to come!

It is perhaps the freedom of God’s love that this woman found so staggering. To her surprise, she found that she had not cheated, after all: her health was not a transactional process, a trade, one thing for another, but completely free. She had nothing to give, only her faith in Jesus. In His words, “Your faith has restored you to health; go in peace and be free (from your complaint)”, Christ speaks beyond the page of the Bible and directly to us. He is telling us a thing or two about His patience, His waiting for us, his searching for us, His longing for our restoration as children of God. We are heirs to the free gift of love which He offers. We are that woman, and God longs for us to be caught up in this process of conversion, to be ‘in peace’, to be ‘free’.

From the summit of this Gospel passage, we might also ponder our place in the Church which, after all, is the Body of Christ. When His garment was touched and He noticed the power leave Him, Christ asked His disciples who it was, and they looked about them to see. When the woman came before Jesus, perhaps these disciples thought as she did, that she was in for a rebuke. Instead, Jesus makes her the centre of the story, an exemplar of faith, and gives her the qualities of true discipleship. Jesus still asks His Church – at every level – who it is who touches the hem of His garment, and it is our mission as His followers to make these people known and give them the love of God, to take away their fear, to bring healing, to lift them above their world of sin, and to teach unconditional love. Such a love has never been more urgently required in our world, and isn’t held back by the barriers of our own humanity: those of social injustice, of poverty, of political incentive, of downright hatred towards those who are not like us. In this Gospel, Jesus has already anticipated His response to our actions of faith, however small: “Your faith has restored you to health; go in peace and be free.

This is indeed a beautiful thing, and we pray that, through the gift of faith, His presence in our lives will develop us, just as it would have for the healed woman, into children of God.