Did you see the new €1.05 stamp, i.e. the stamp for overseas air-mail? It commemorates the 1400 anniversary of the death of St Columban in 615. Columban was the great Irish Missionary who left his monastery in Bangor, Co. Down, with twelve companions, peregrinatio pro Christi, journeying with Christ, bringing a renewal of Christian faith and culture to mainland Europe. To this day he is honoured widely right across Western Europe and most of all in Luxeuil in France and in Bobbio in Northern Italy where he died, and where his tomb is a place of pilgrimage to this day. The great French leader, Robert Schumann, one of the founders of the European Union, said back in 1950 at a conference in Luxeuil, that Columban is the patron of all those who were working to build a united Europe.

The stamp – truly a beauty, designed by Steve Simson featuring a James Fraher photograph of the 1931 Harry Clarke stained glass window, here in Mount Saint Joseph Abbey. Yes, but how did An Post get to know of our wondrous window? It was Columban Father Sean McDonagh, who had seen the book on our stained glass windows, Lumen Christi, fell for our Saint Columban window, came to inspect it and the deal was made! We are all thrilled. 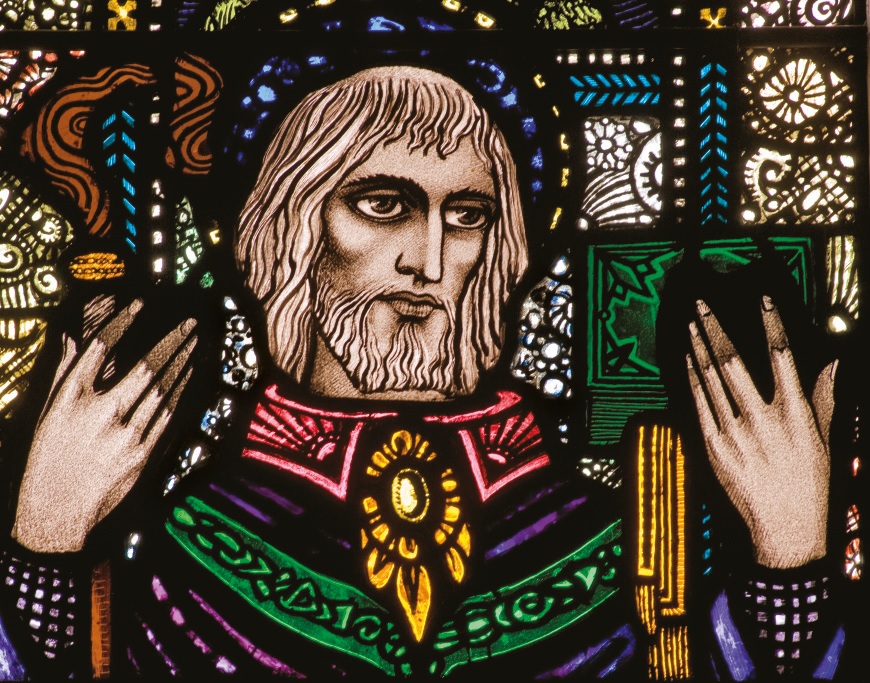