St Rafael Arnaiz Baron is a Cistercian Saint whose feast we celebrate tomorrow Friday 27th April. He was born on 9th April 1911 in Burgos, Spain, and had natural artistic abilities: painting, drawing & sketching (he studied as an architect) and, luckily for us, exceptional writing skills. In 1934 he entered the Cistercian monastery of San Isidro, where he progressed  to novice. But after only four months he developed a severe case of Diabetes Mellitus, which caused him to return home to rest. Three times he returned and left due to illness and because of civil war. Eventually, it was not possible for St Rafael to continue as a full monk of the order, and he had to return as a Cistercian oblate, living on the outskirts of the Cistercian life, and taking the last place. His love for monasticism was all-consuming and he embodied the order’s charism and grace in a pure and intense way. He died in the monastery infirmary in 1938 at the age of 27. From his journal of 1936: “Lord, Lord, what a complicated life one has in the world! How much time lost! …How hard it is to content man! By contrast here, in the peace of the monastery, how well one lives having nothing, without newspapers or radios, with only the clothes one has on… with our Rule, which measures out the time and points out what we must do, with the assurance that what we do is the will of God… How well one lives without the complications of the world, in silence and retirement. How many reasons I have to be grateful to God for my vocation, my vocation which is based on the search for God in the silence and simplicity of all things. The world says to the monk: ‘You are mad, you leave everything and find your contentment in nothing.’ But the monks says to the world: ‘Not at all, on the contrary, I leave nothing in order to gain everything.’ Truly I have nothing here… but I have in exchange God… that God that you cannot give me.” 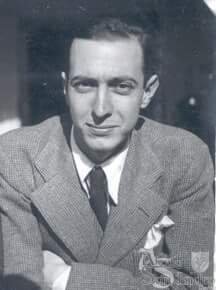