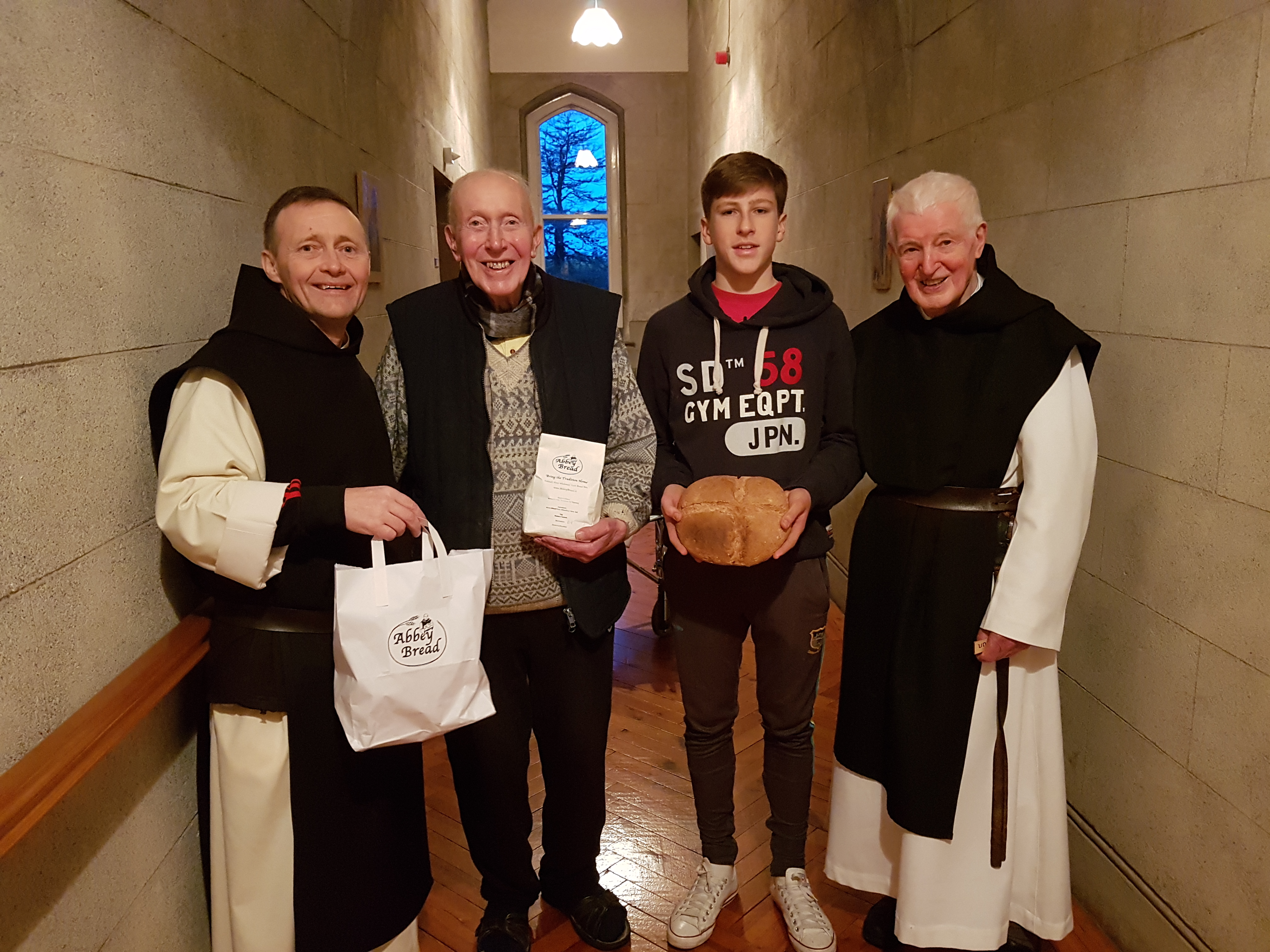 Manus Heenan, from Terryglass, Co Tipperary, is a Transition Year student in Cistercian College.  For his Transition Year project Manus has developed a Wholemeal Yeast Bread Mix, based on the bread that was baked in Mount St Joseph Abbey for over a century. He approached Brother Malachy with his idea and his support made it all possible.  As part of his research Manus met with Brothers John and Oliver, who are the last monks to have baked the monastery bread up to 2010. They shared with him their deep firsthand baking knowledge and gave him guidance in how to make the bread and showed him the famous Perkins Patent Steam oven dating from 1898 in the monastery bakery. Manus worked on the recipe and methods, receiving feedback from the monks with the aim to get the bread to taste like the original.  He visited Odlums Test Bakery in Portarlington where he met with Master Baker, Graham Tighe, and further refined his technique there.  Creating and designing an appropriate logo that captured the ethos and values of Abbey Bread was assisted by Ute Duggan, a graphic designer and Art Teacher, who lives in Lorrha.  The final stage of packaging and printing was facilitated by Shauna and Des at Walsh Printers and Packaging, Roscrea, who have a long standing relationship with Cistercian College Roscrea and Mount Saint Joseph Abbey. In this modern digital age it was also necessary to create a video demonstrating how to correctly make the bread!  With this project Manus has really enjoyed the connection and link between the School and the Monastery.  It was a real example of the Cistercian ethos adding to his education experience. 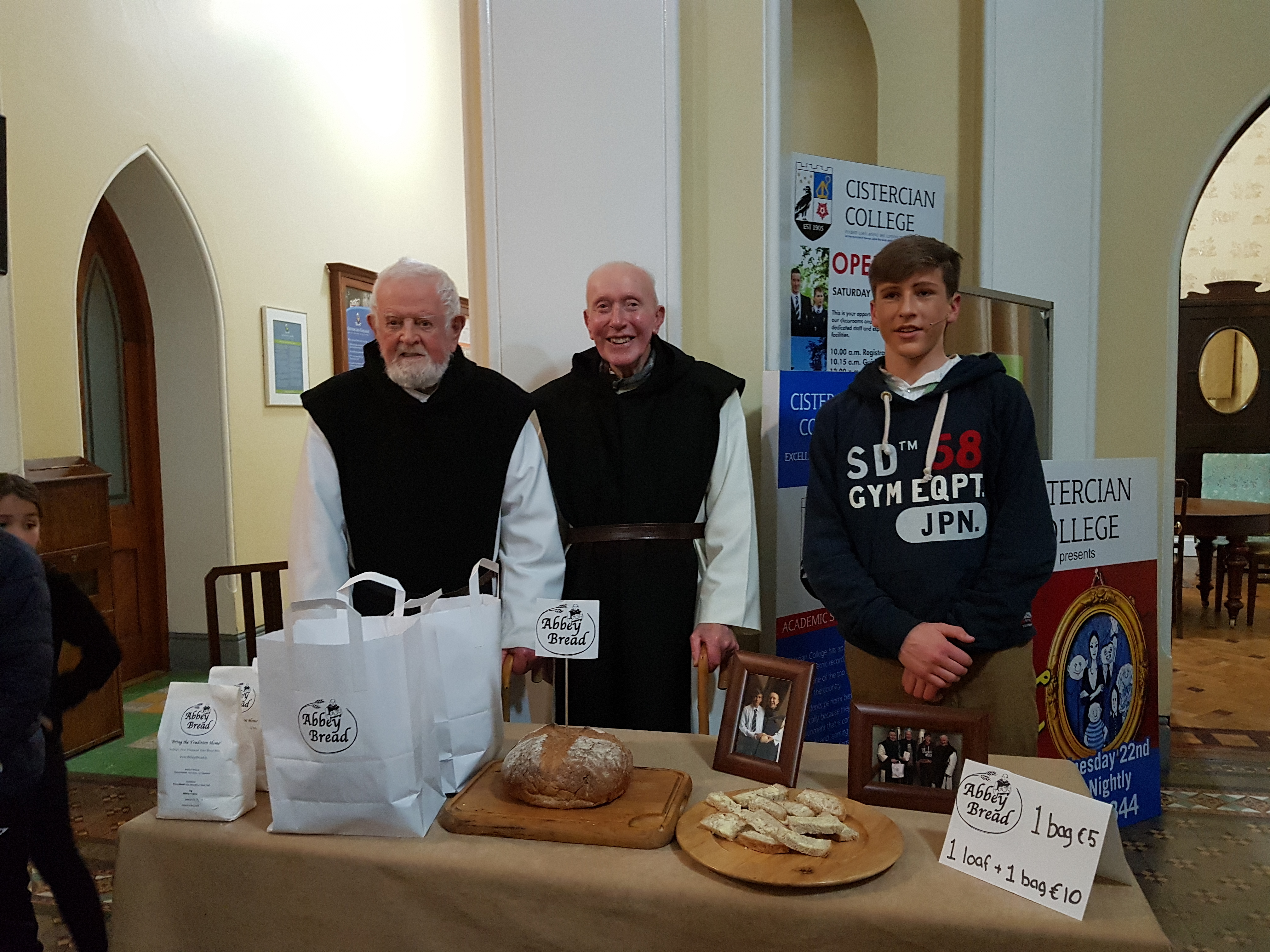 The bread mix and samples of the bread are on sale this week during the school Opera and details are also available on  www.abbeybread.ie