“Trappist Throwback Tuesday”
This weeks image is a very interesting one because it shows Br Eugene Boylan (Far Left) as a novice in 1933. He is seen here with Fr Columban (centre Black Scapular) and Br Hilary (Far Right). We are unsure of the other two monks they are not identified in the picture so we think it might be the case that they did not persevere in the life. Eugene would go on to be elected Abbot of Mount Saint Joseph Abbey after the retirement of Dom Camillus Claffey in 1962. He received the abbatial blessing from Bishop Joseph Rogers on August 5th 1962. It was from his experience of the need for direction expressed by so many to him that he decided to write his first book – Difficulties in Mental Prayer – published in 1944. It was an immediate success. The following quotation from it gives an indication of Eugene’s style and of his ability to cut through the accepted spirituality of the time. He says: “Prayer, from the individual’s point of view, can often be very indefinite and quite unclassifiable. Further, even if there does exist a well-marked ladder of prayer for each individual, it is by no means necessary to know on which rung one is standing”. The success of the book led to innumerable requests that he give retreats and conferences. In the climate of the time these were refused. Eugene went on to write several other books, his “magnum opus” must be regarded as This Tremendous Lover, a book covering all aspects of the spiritual life and still in print today. 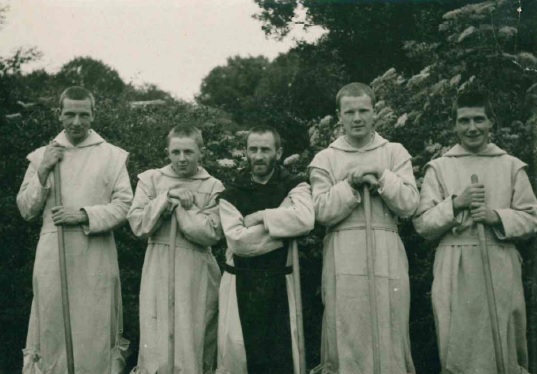